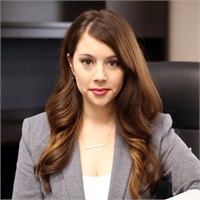 Rebecca has been around Insurance before she was born in 1984. Her parents, Mike and Margarita, met while working at Safeco Insurance Company in Redmond, Washington in 1983. The Insurance Business has always played a large role in her life.

Rebecca began working for the family business, part time in 2000, while finishing up her high school education at Eastlake High School in Sammamish, Washington. In 2002 she applied and was accepted to the Business School at the University of Washington. While attending college she worked on and off at Insurance Services of Washington and became a licensed agent. After graduating on the Dean’s List in 2006, with a degree in Marketing and a minor in Spanish, she began looking for a career other than insurance, but the family business kept pulling her back.